An Elevated 4/20 to Remember

Are you ready to celebrate 4/20? Make your holiday memorable with some of Sava's top cannabis picks. From indicas to hybrids to sativas, and from pre-rolls to fast-acting drinks to delicious edibles, we have the perfect strains and products for the best 420 celebrations.

At Sava, we know that every cannabis consumer is different, so we've curated a selection of 420 specials to get you in the mood for celebrating at your favorite 420 events in the Bay Area.

If you’re looking to buy California-grown cannabis online specifically for this holiday, you’ve come to the right place. We offer special 420 deals and make cannabis delivery in the Bay Area safe, easy, and accessible for all.

It all began back in 1971, when a group of friends at San Rafael High School (30 minutes north of San Francisco) discovered that a Coast Guard service member was about to abandon his cannabis plot on the Point Reyes Peninsula.

The group of student-athletes, who became known as The Waldos, decided to go on a cannabis treasure hunt and planned to meet outside their school at 4:20 pm.

So how did an inside joke between high school friends become such a global phenomenon?

The father of one of The Waldos happened to be the real estate manager for The Grateful Dead, one of the most legendary bands to come out of the '70s. Another Waldos member also had a brother who managed the lesser-known but still locally popular Too Loose To Truck and The Sea Stones, which included his good friend Phil Lesh, rock legend David Crosby and acclaimed guitarist Terry Haggerty.

The Waldos would go to these bands’ concerts and talk about their quest, and soon, word of their secretive 420 cannabis celebration spread like wildfire. The mainstream cannabis magazine, High Times, even caught wind of the story and started writing about it. At that point, 420 had gone global.

During times of prohibition, the term “420” became a secret password that cannabis users could use to identify simpatico people. Today, 420 is widely used to celebrate cannabis culture. 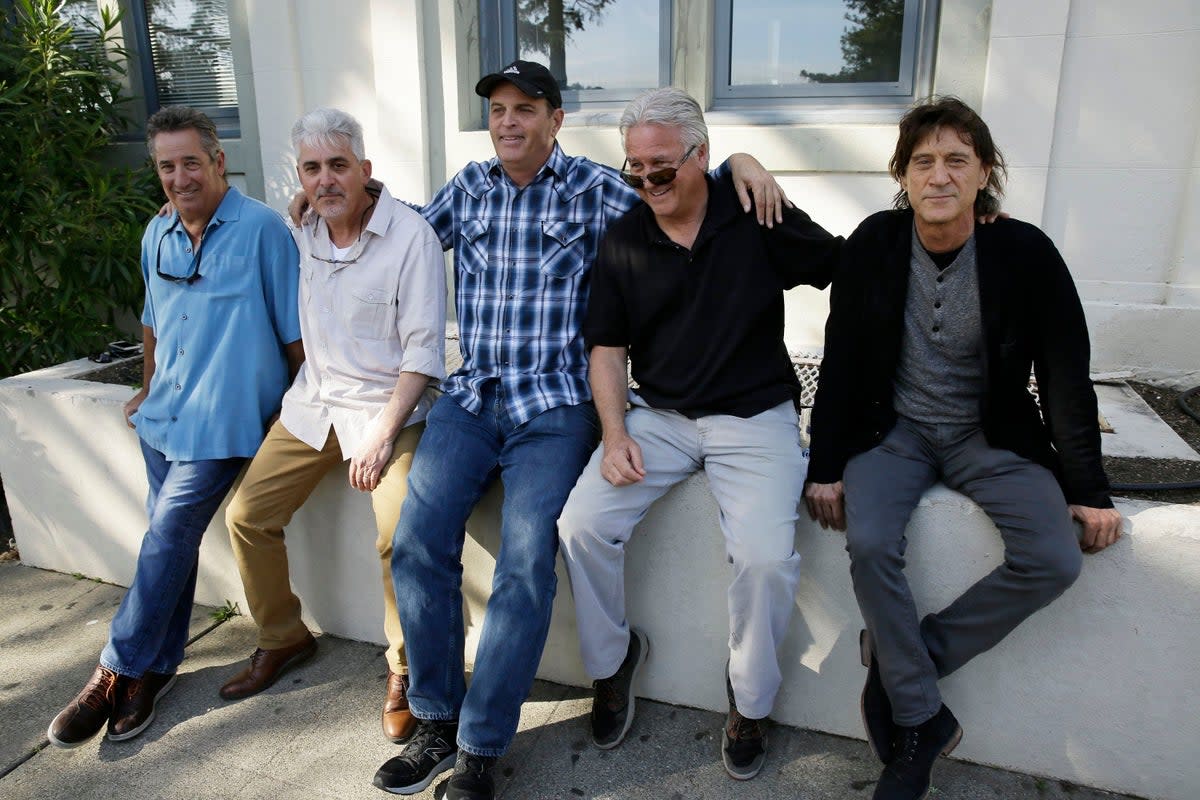 We’re delighted to be able to provide friendly recommendations so that you can celebrate a perfect 420 with special deals that will enliven your spirit.

Check out a selection of our favorite products and brands, along with 420 specials just for you! 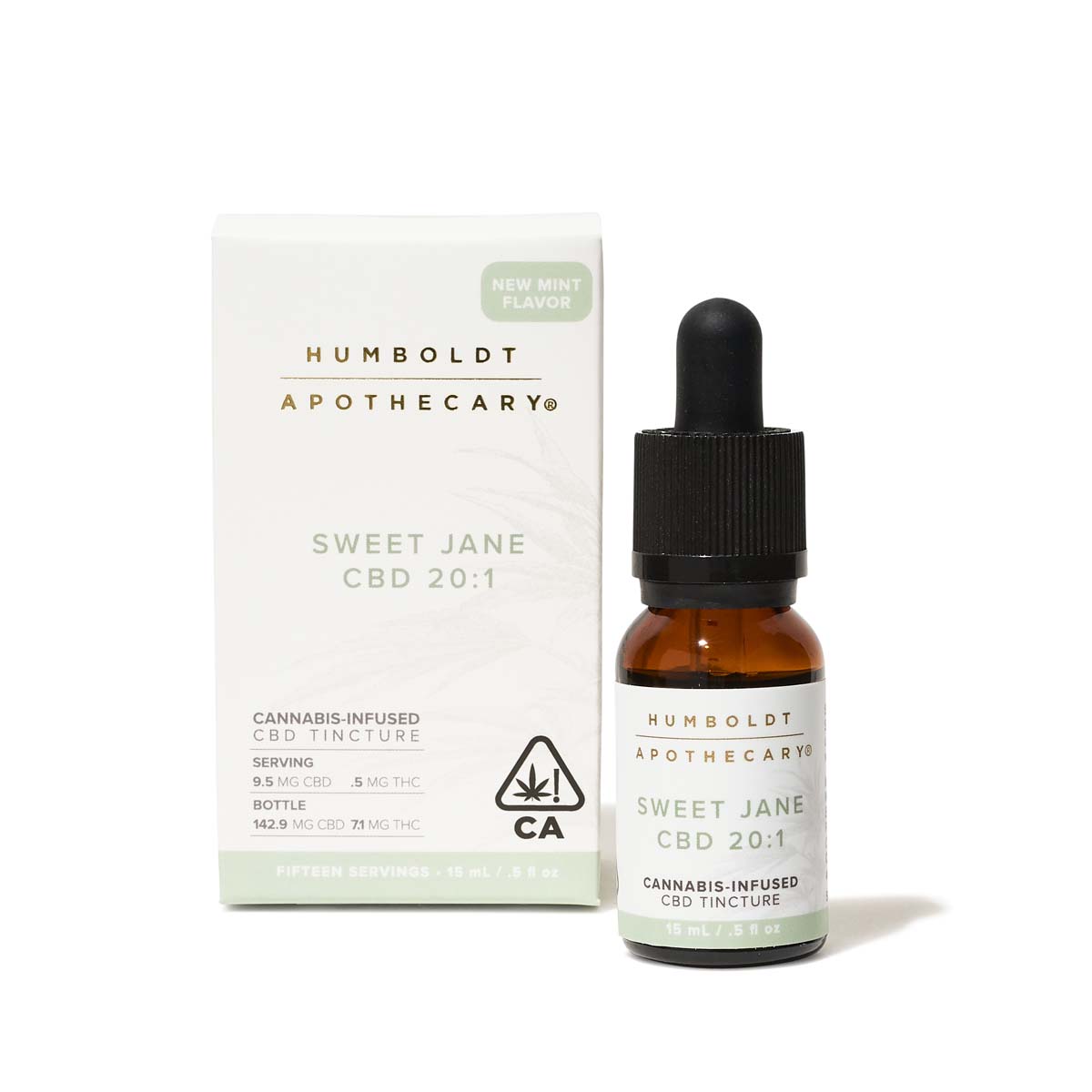 If you want a little help soothing anxiety before your 420 event, Humboldt Apothecary’s Sweet Jane CBD 20:1 Tincture is an excellent option. It supports relief from minor aches, pains, and anxiety. We think it’s perfect for helping to calm the mind and body prior to or after a stimulating 420 celebration! 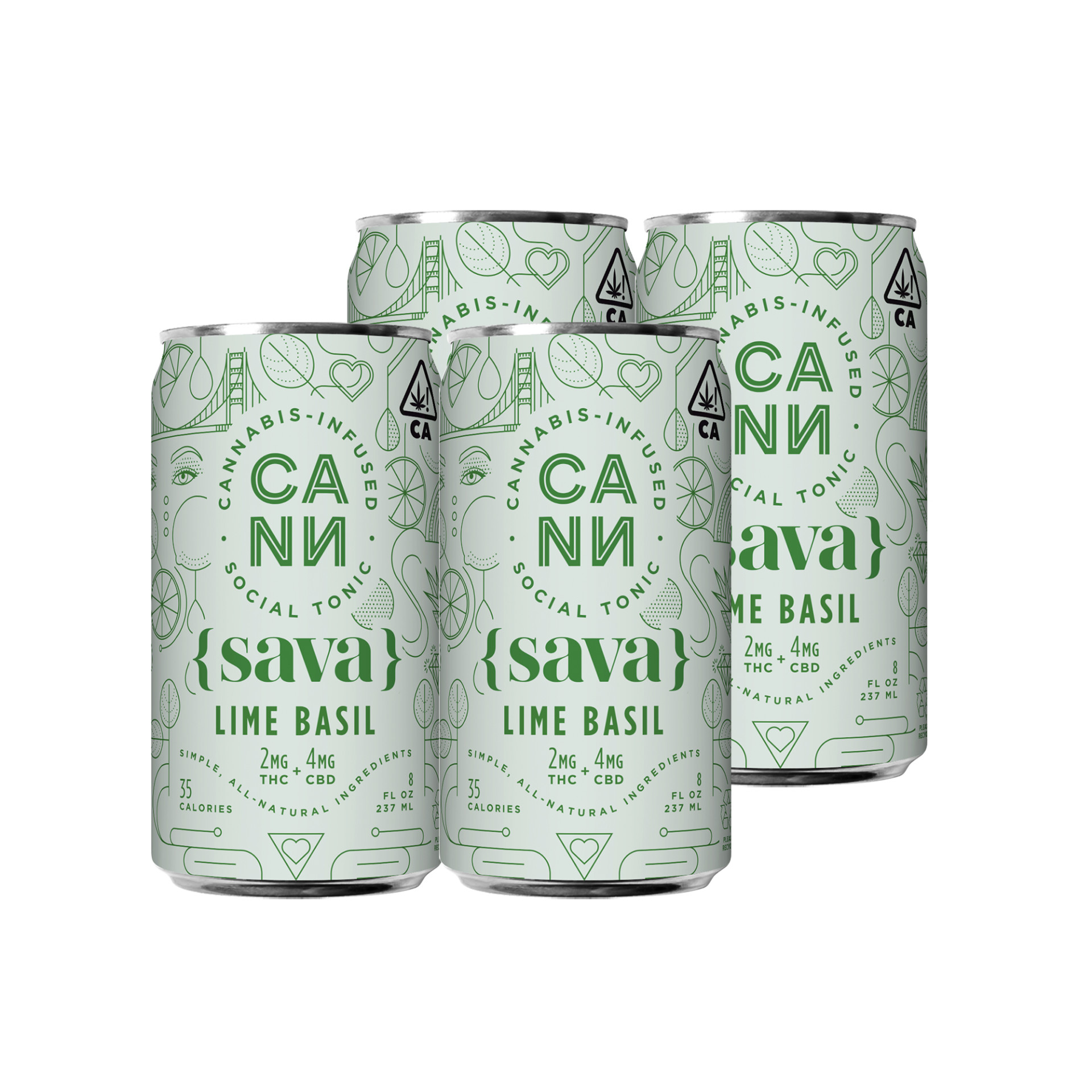 Great Buzz for Your Best Buds

We collaborated with our friends at Cann to create a special cannabis concoction, perfect for sharing with your friends.

Cann + Sava Lime Basil Social Tonic is a delectable treat, if we do say so ourselves. With 4mg CBD and 2mg THC per can, it’s an easy, mellow, and delicious drink designed to give you a warm, giggly good time. 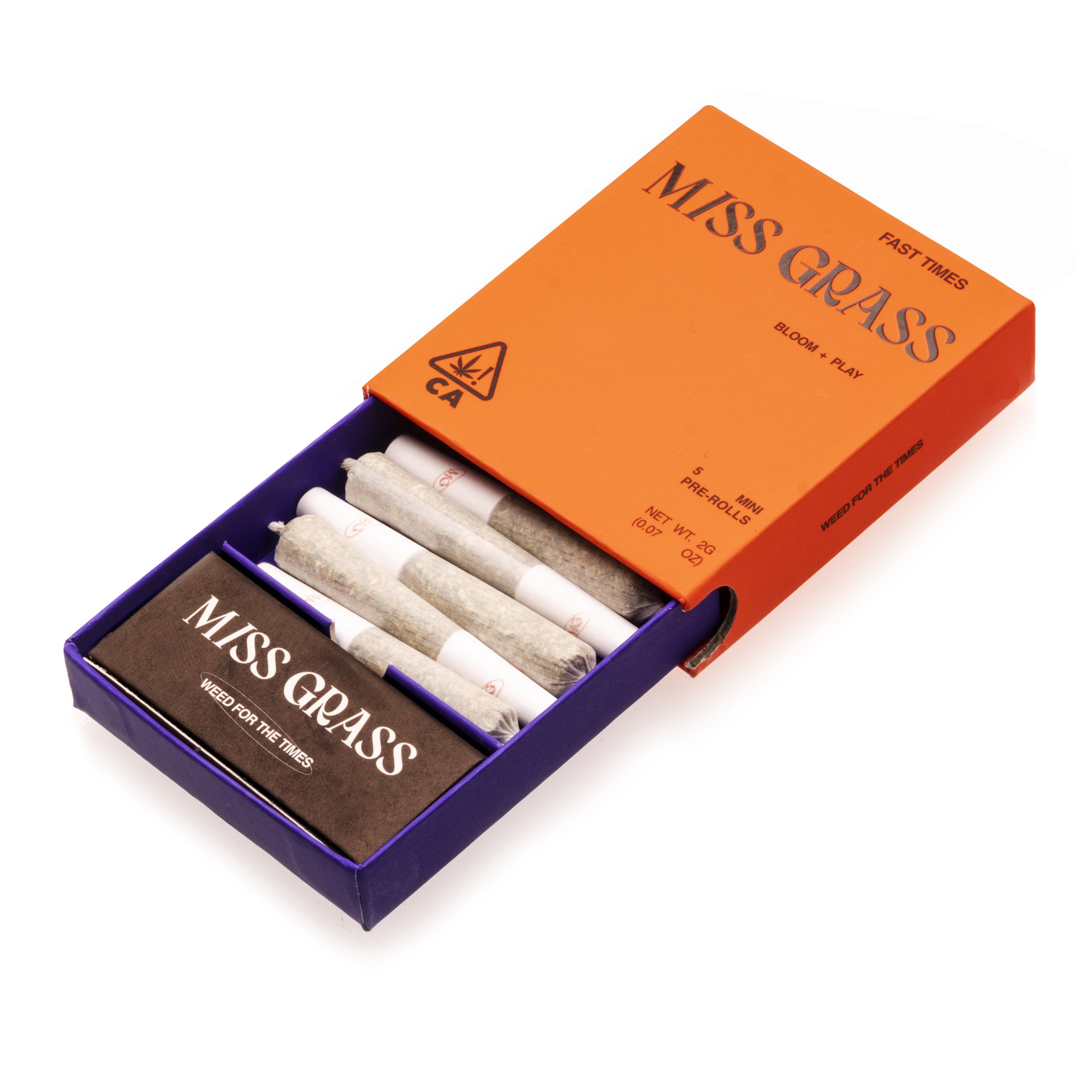 Be the life of the party with Miss Grass Fast Times Mini Pre-rolls. Each mini pre-roll is made with uplifting sativa flower meant to open your spirit and boost your energy.

The energetic and elevated feeling you’ll achieve with these pre-rolls is perfect to celebrate 420, whether you’re dancing, making art, or just spending the night chatting with your friends. 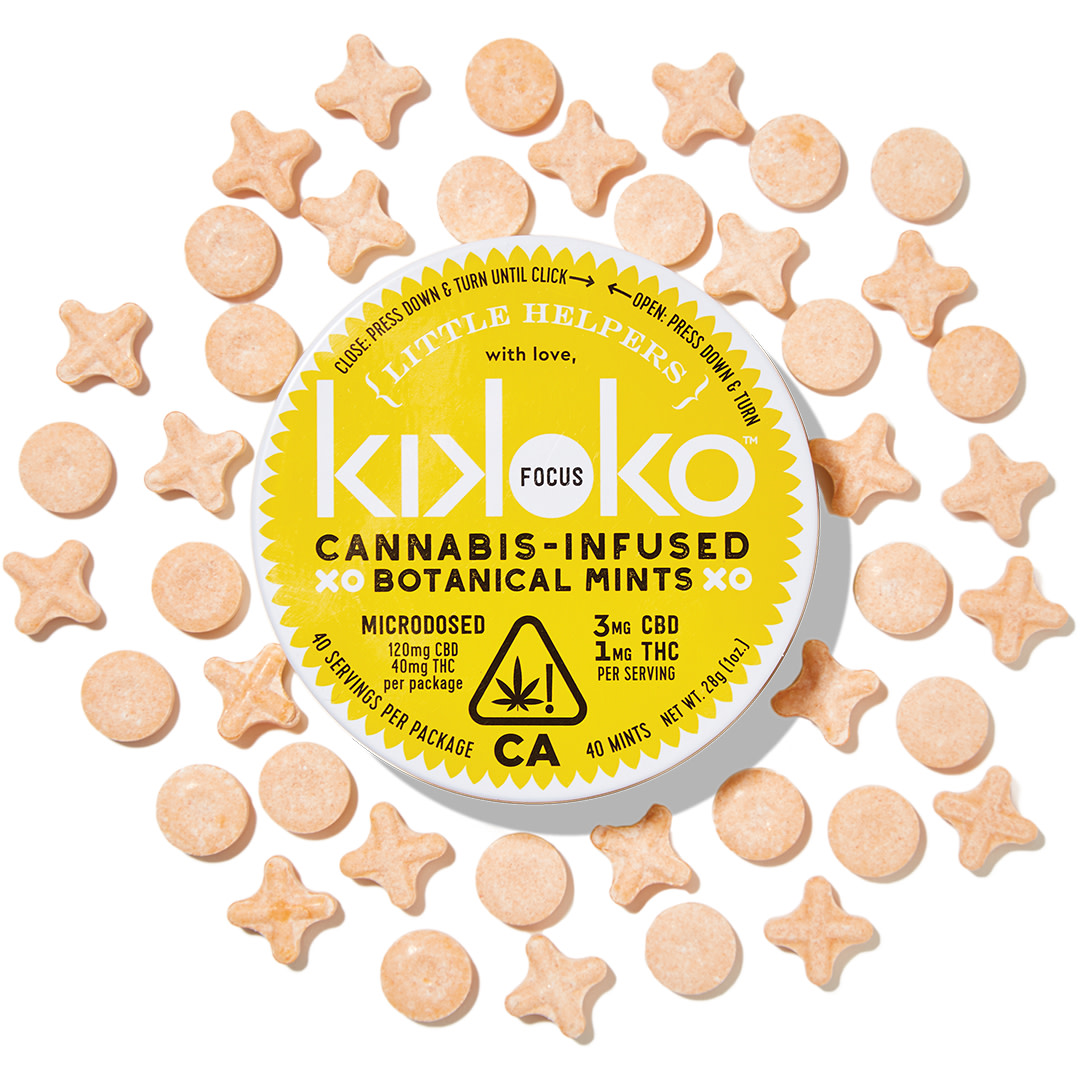 Get a Quick Lift with these Energizing Mints

An edible option for a quick lift are Kikoko’s Boost Botanical Mints, which blend THC with THCV, a minor cannabinoid that offers a clarifying, energetic boost. When paired with a little THC, it provides an uplifting sense of happiness and vitality. Portable, discreet, and flavored with coconut and yuzu, these mints are so much fun. 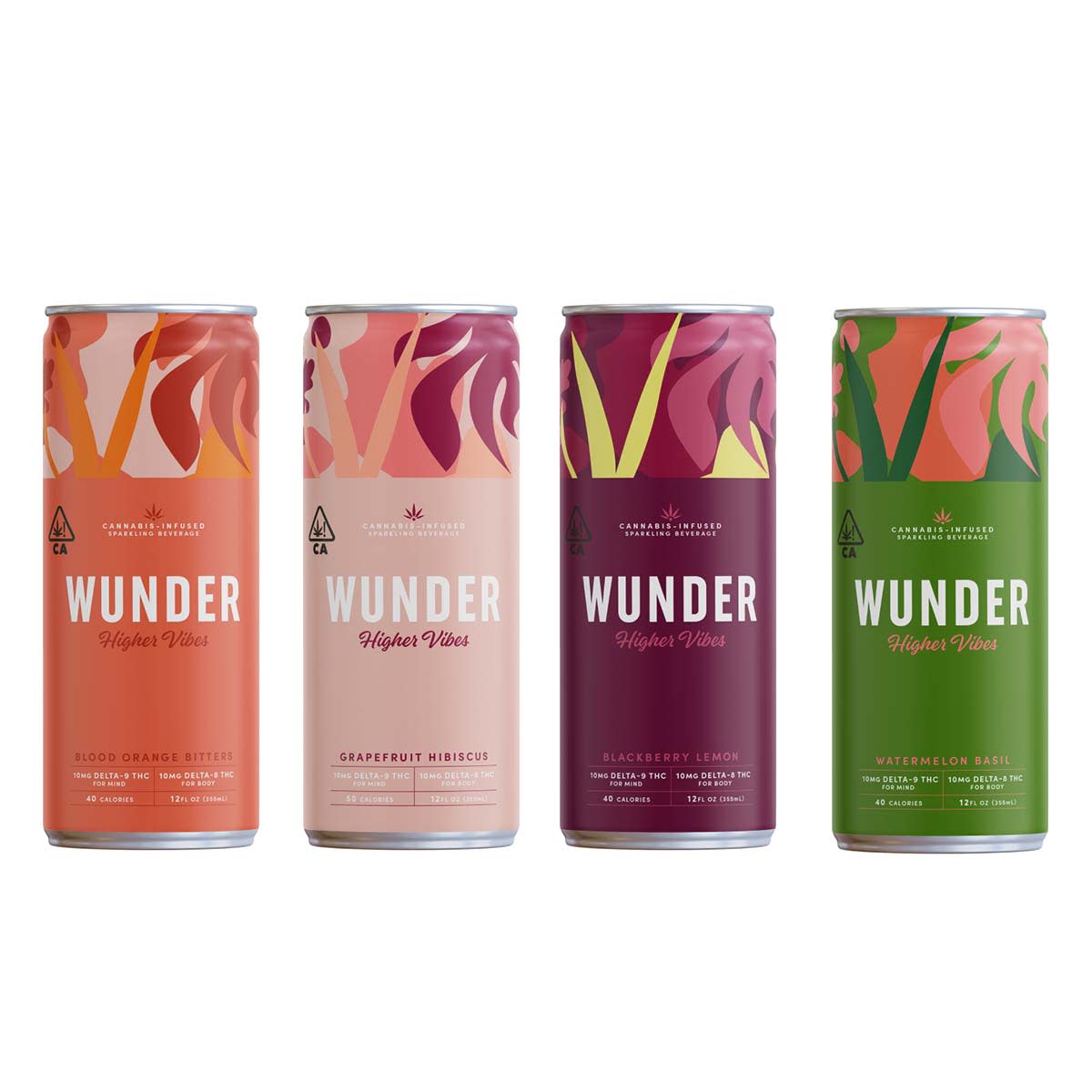 A Stronger Drink to Toast 420

Experienced cannabis users who are looking for something a little more potent will definitely love Wunder’s Higher Vibes High-Dose Beverage. They’re available in four exciting flavors, each one more delicious than the last. Each 12oz can contains 20mg of THC (10mg Delta-9 THC and 10mg Delta-8 THC) for a bold and fast-acting shift in perception. 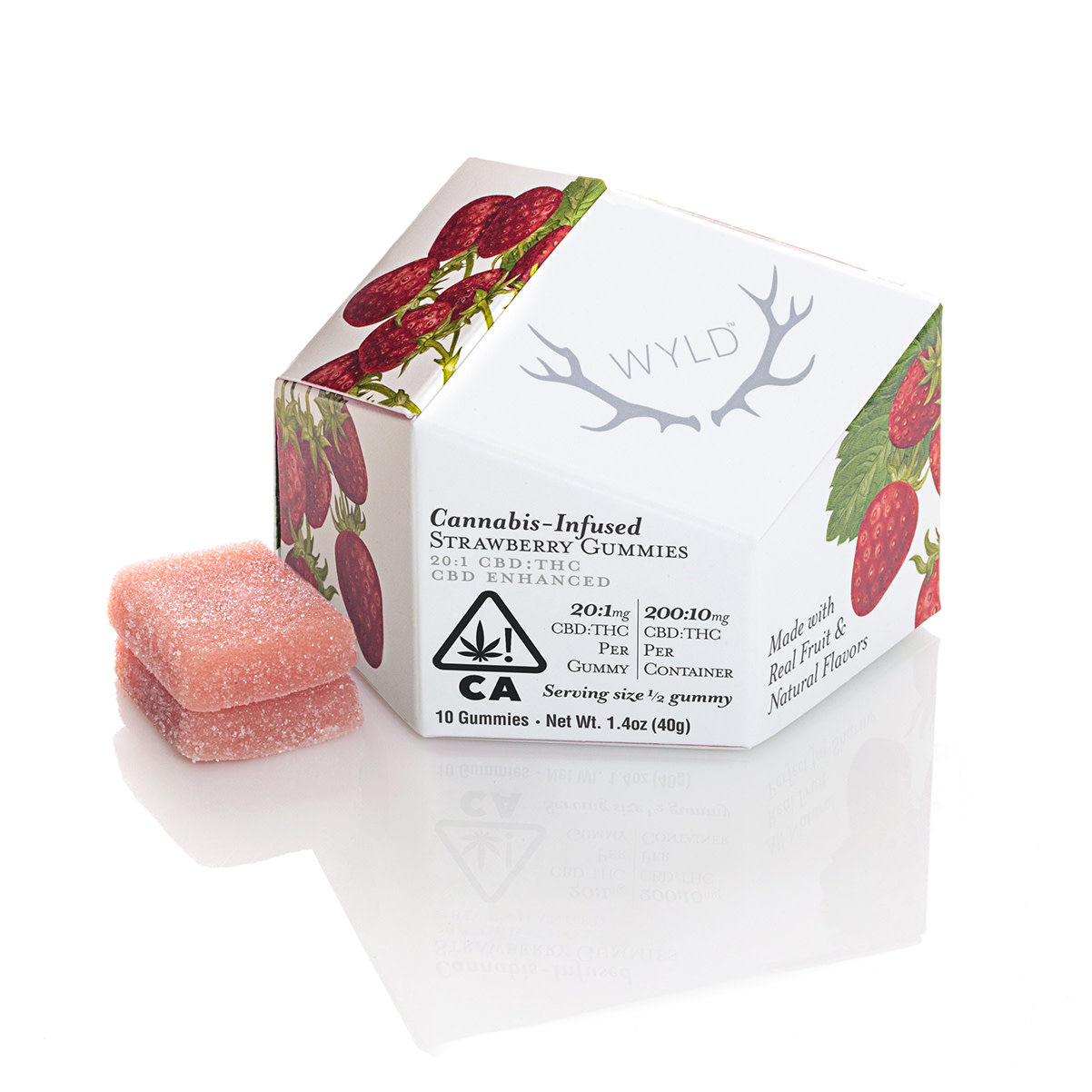 Now We Know Our CBDs

For a less-intense, super-relaxing perception shift, we love Wyld’s Strawberry 20:1 Gummies. Each gummy contains about 20mg CBD and 1mg THC to give your body deep relaxation while keeping your mind alert. It’s the perfect treat to get ready for the best 420 ever! 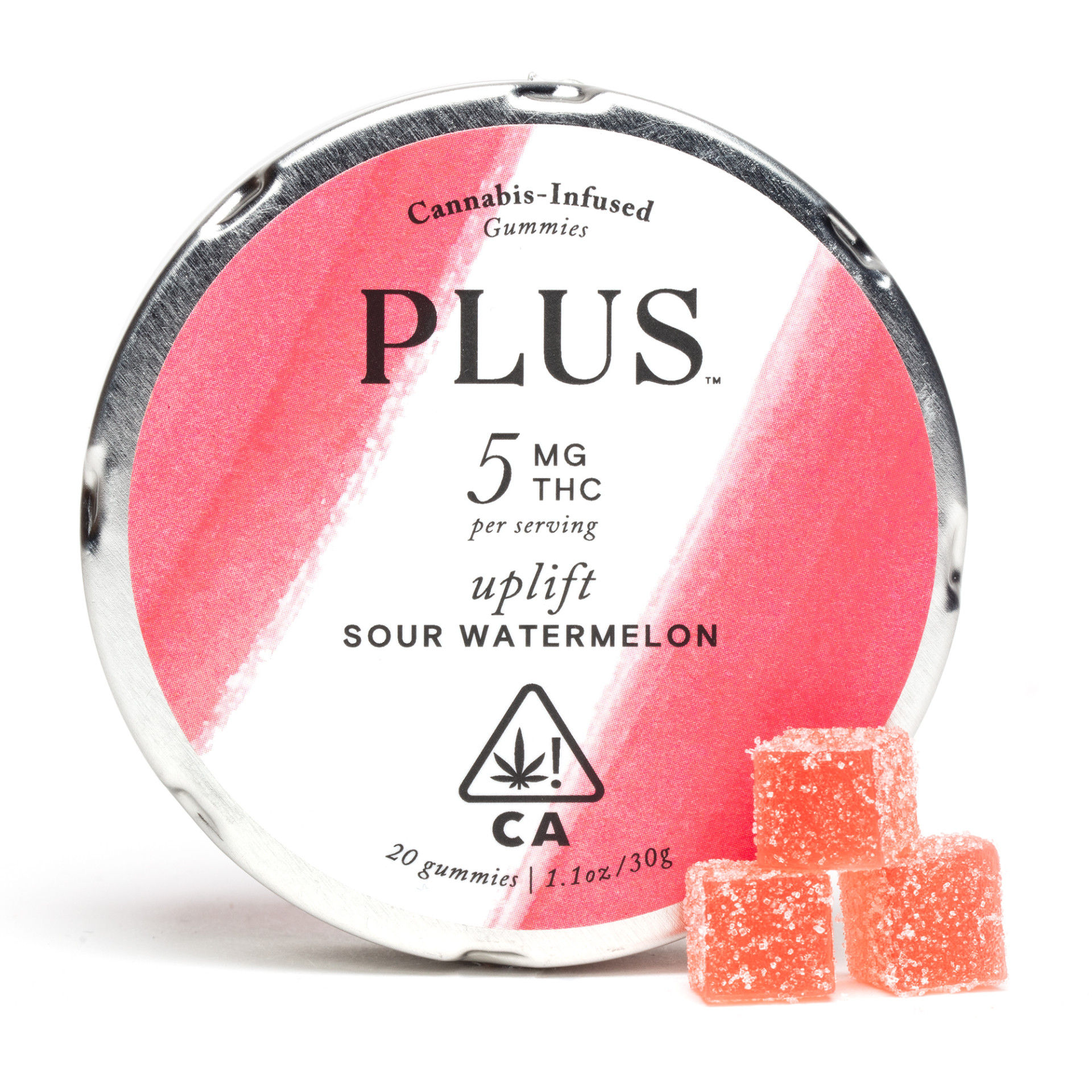 Weed Have Fun Together with Sour Watermelon Gummies

We love gummies, and if you’re looking for something with stronger vibes, we’ve got you covered. The Sour Watermelon Gummies from Plus are the perfect mix of sweet and sour. Each chewy bite of goodness has 5mg of uplifting THC for an energized, boosted experience. 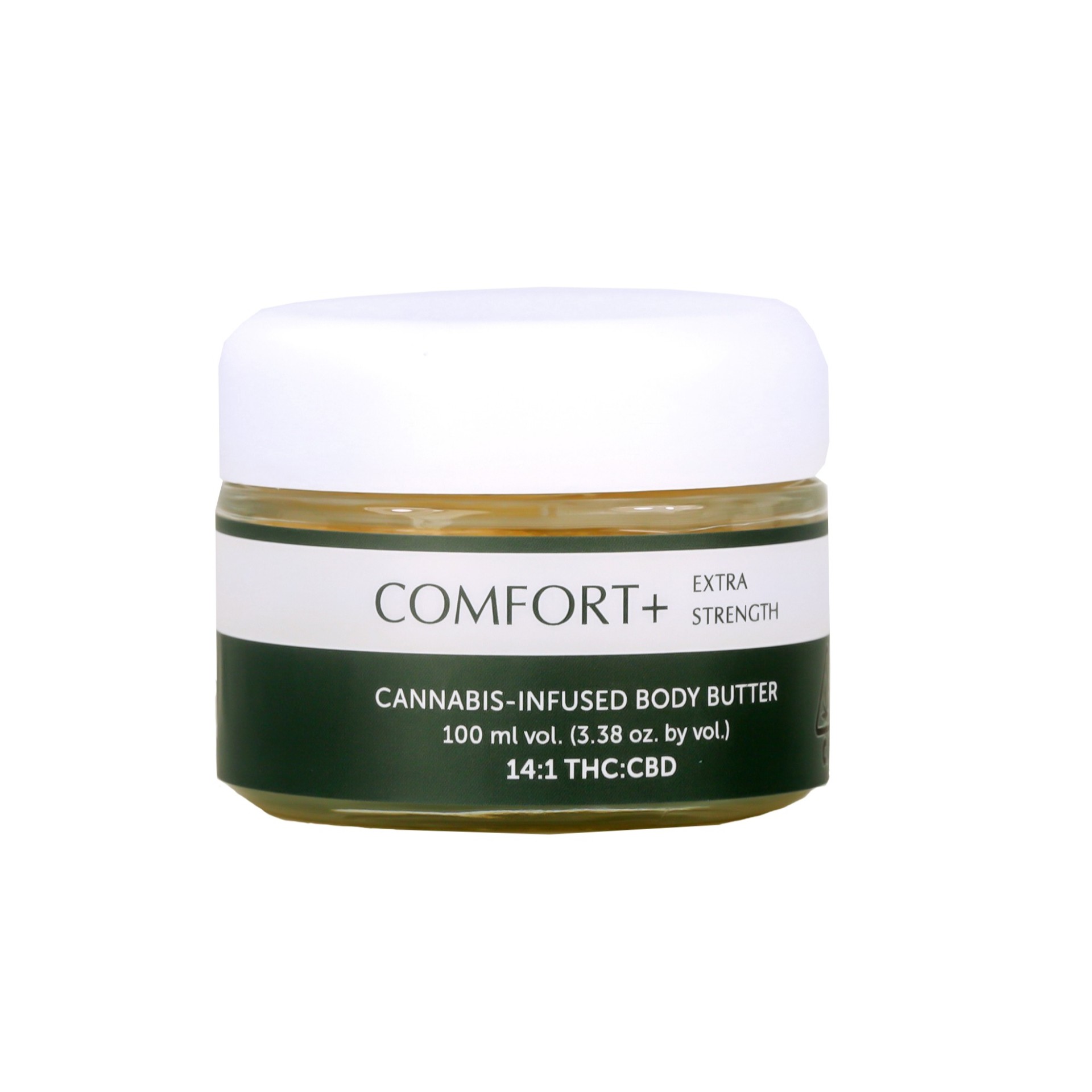 “Releaf” Those Aches and Pains

If you feel like treating your body to the royal 420 treatment, give Sweet Releaf’s Comfort Plus Body Butter a try. A luxurious body butter infused with CBD, THC, aloe vera, organic coconut, shea, cocoa butter, and more, it’s perfect for soothing aches or pains or just treating yourself to a blissful body experience without any mind-altering effects. 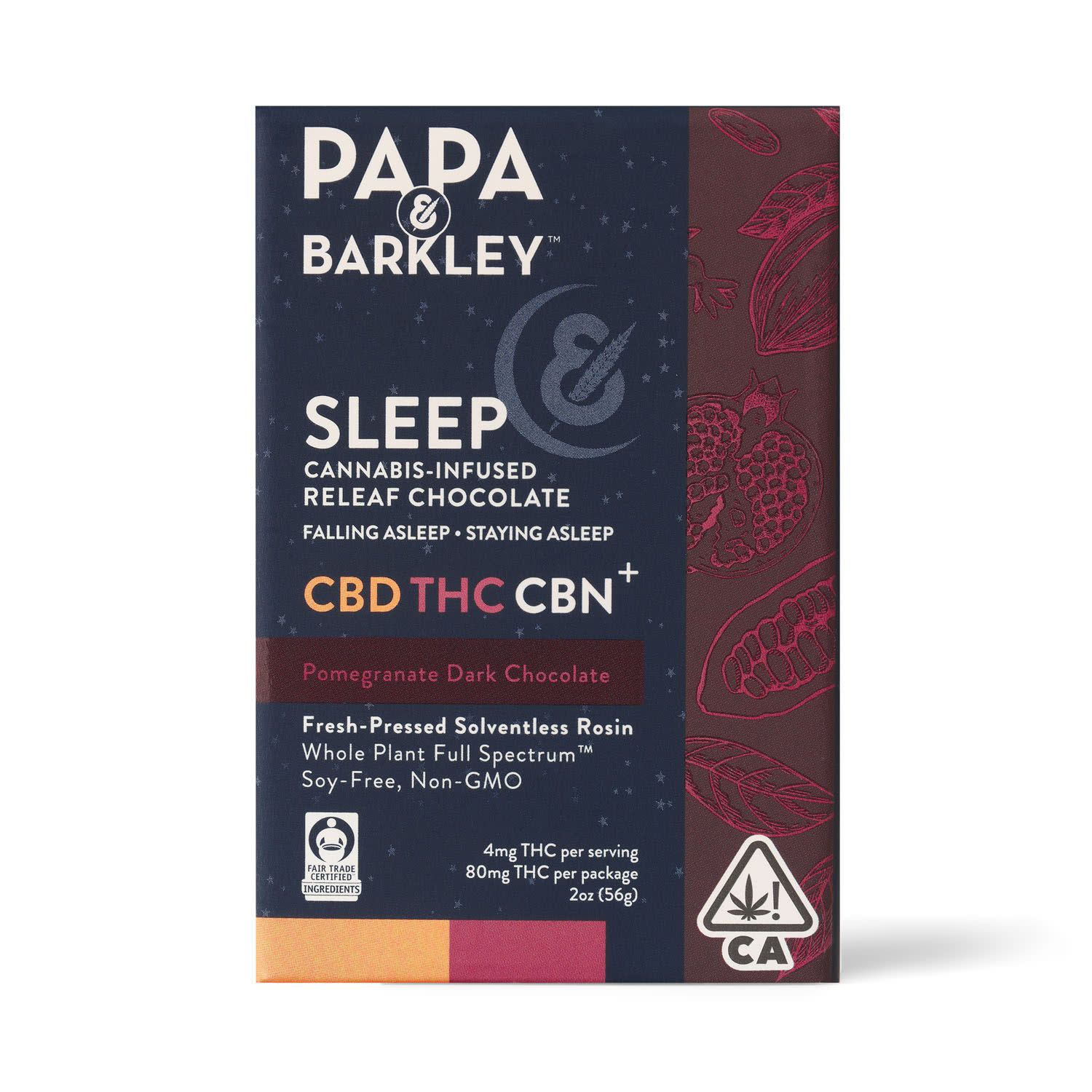 Wind Down with Chocolatey Relaxation

When you’re ready to drift off from your 420 celebrations, why not try the ultimate comfort food, chocolate?

We love Papa & Barkley’s delicious CBN Sleep Releaf Pomegranate Dark Chocolate. With a 4:2:1 ratio of CBD:THC:CBN, this sumptuous treat will ease you right to dream land. 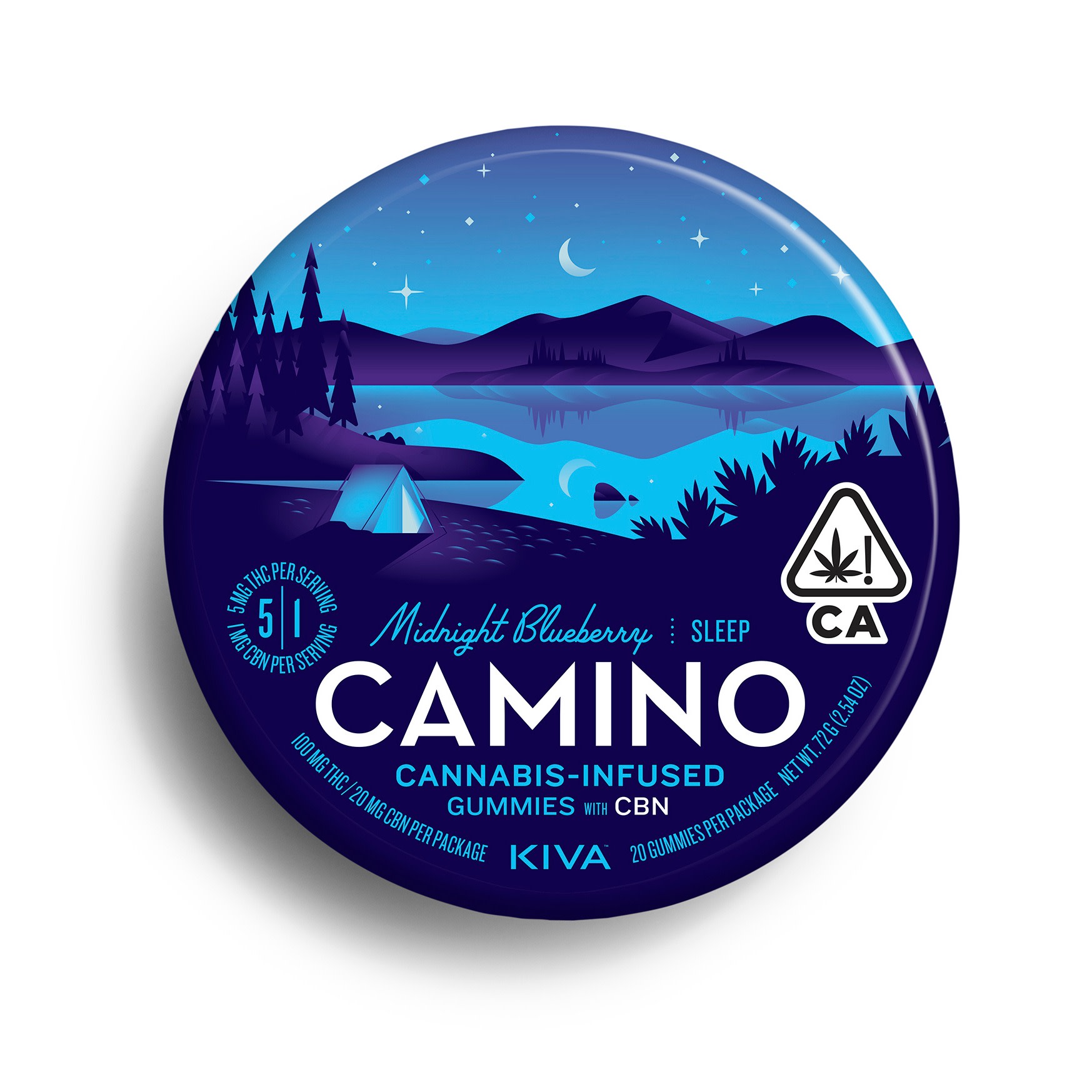 After a Long Day of Celebration, Get a Blissful Night’s Sleep

Not in the mood for chocolate? To wind down your mind, as well as your body, indulge in Kiva’s Midnight Blueberry Camino Gummies. Each gummy has 1mg CBN to complement 5mg THC for a night of relaxed and soothing sleep. They’re perfect for getting to sleep after a long day of 420 celebrations, or any time you need some rest. We all know that great sleep is essential to a healthy lifestyle, and we’re so grateful for delicious cannabis gummies that make it easy!

Looking to celebrate 420 with friends and family this year? There are plenty of things to do on 4/20, and surely you'll find one that suits your fancy!

Certainly the largest (and smokies) 420 event in the city is 420 on Hippie Hill. It’s a big outdoor event for people who love social festival experiences. However, if you want to celebrate 420 without the huge crowds, there are many smaller events to attend. If you’re a theater buff, you could go see Fefu and Her Friends at the Geary Theater. If you’re a sports fan, you could catch a game and see the Oakland A’s play the Baltimore Orioles. Or if you’re looking to sing, dance, and celebrate with one of our favorite musicians, you’re in for a treat. The inimitable Sampa The Great is playing at The Independent.

If bopping around town isn’t for you, there are plenty of ways to enjoy cannabis and celebrate 420 from home. Here are a few low-key suggestions.

Cuddle Up for a Cozy Evening

Is there anything better than an intimate, cozy evening? How about a cozy cannabis-filled evening?

Find the perfect cannabis product for a calm night in. Whether you want to get artistic and express your creativity, dance along to your record collection, or have a movie marathon of your own design, our San Francisco online dispensary has the perfect cannabis accompaniment for you.

If none of the outdoor 420 events appeal to you, but you still want to go outside to celebrate, why not put your hiking boots on?

We absolutely love connecting with nature, and cannabis plus hiking equals pure bliss. If you’re not sure where to go, you can check out our favorite places to get elevated in body, mind, and spirit.

Pay Tribute to the Pioneers of Cannabis

If you want to dig even deeper into 420’s meaning and the history of cannabis, you can read more about it here. While today we can celebrate 420 and the cannabis freedom we have in California, we still have a long way to go and many trailblazers to thank, learn from, and honor.

A Bath and a Beverage

Maybe this 420, all you want to do is indulge in some much-needed self-care. In that case, we suggest a nightcap of Pamos over ice and a bubble bath with all the goodies–essential oils, your favorite music or podcast, and pretty candles. Treat yourself like the precious person you are!

Homebodies out there can celebrate 420 by creating a special celebration at home with friends and loved ones. Mix things up and throw a painting party! All you’ll need is paint, canvases, our very best California-grown cannabis, and your favorite friends for an evening of laughter, art, and memories that will last forever.

420 is a time when a lot of people are introduced to cannabis and it’s important to make sure you and your friends don’t overdo it. We want your 420 to be a happy celebration, not an experience that turns you off from this amazing plant. That being said, here are some tips for a safe and happy 420.

We always recommend to start low and go slow. If you are smoking cannabis, you’ll see the effects after just several puffs. If you are taking edibles, start with a low dose (>2mg). If you are new to consuming edibles, wait at least two hours before taking more. Knowing the difference between the different methods of consumption can help you make the right choice for your perfect experience.

If you find yourself edging into paranoid territory, sit down and take a few nice, deep breaths. Deep breathing increases the supply of oxygen to your brain and stimulates the parasympathetic nervous system, which promotes a state of calmness. Another calming method is to sniff or chew some black peppercorn. Caryophyllene, a compound in peppercorn, can calm you down and help combat the paranoia and anxiety you may experience.

CBD may reduce THC’s psychoactive effects since it reduces the ability for cannabinoids to bind to CB1 receptors. Adding CBD to your cannabis experience can help keep your mind balanced and level.

Stay Safe and Have Fun!

Now that you know what 420 is and some of our favorite ways to celebrate, we’re excited for you to go forth, pick your favorites, and order your products with our discreet cannabis flower or edibles delivery service. We deliver everywhere in the San Francisco Bay area seven days a week, privacy guaranteed! Celebrate 420 responsibly and have a good time!

If you have any lingering questions about exactly which products will help you have the best 420 ever, give us a call at 415-993-9973 (9 am to 5 pm, Monday to Saturday) or email us at info@getsava.com for the fastest response, and we’ll happily guide your way!

Sava is the perfect place to buy cannabis online from experienced, knowledgeable, and passionate connoisseurs. We’re thrilled to help you put together your perfect 420 celebration, whether you’re a beginner or an experienced user.

Talk to a real human

Our team is just an email or phone call away.