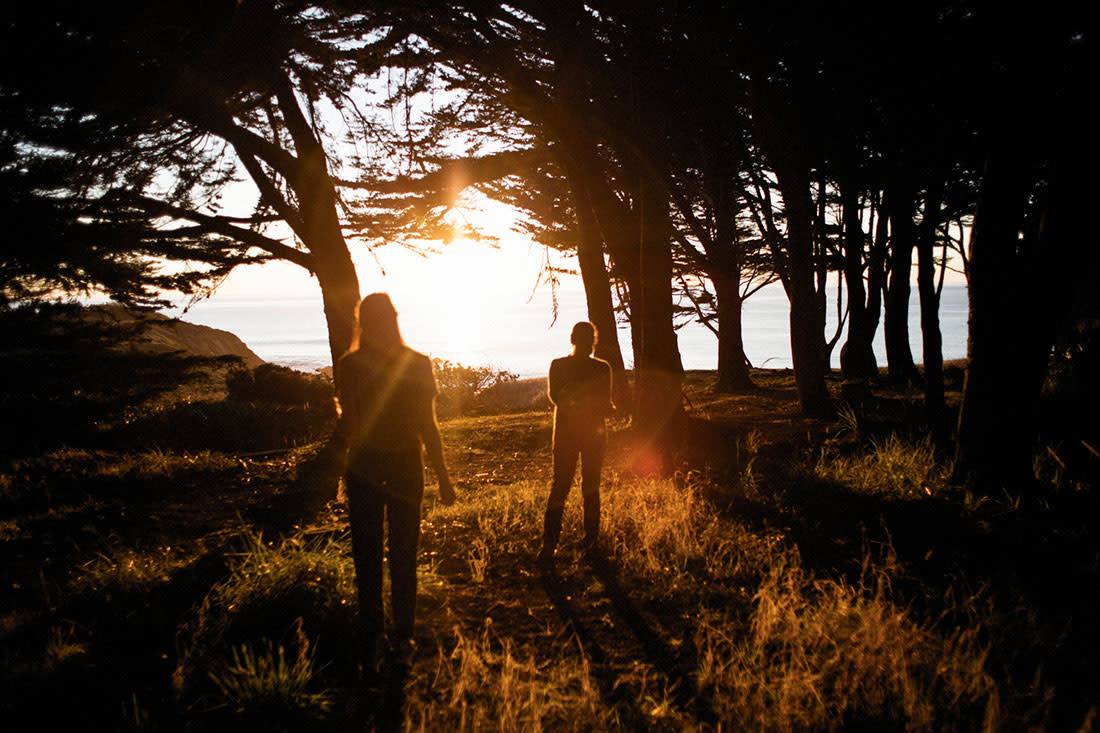 Cannabis and Endometrial and Breast Cancers

A basic principle when thinking about cancer treatment and prevention is that all cancers are different in how they respond to holistic, plant-based and pharmaceutical treatments. Some of this is a function of different mechanisms within cancer cells and some of it is due to the lack of well-controlled (and federally funded) human studies – leaving a number of unknowns on how we can prevent and treat certain cancers.

In my years as an epidemiologist and a scientist, I’ve understood the importance of large scale clinical trials with big, diverse populations to inform our understanding of disease and treatment. While we’ve come to mostly rely on anecdotal evidence around cannabis, there is an increasing number of cell culture and preclinical studies showing that cannabinoids such as THC and CBD may slow the growth and migration (spread) of certain cancers such as lung, glioma, thyroid, lymphoma, skin, pancreas, endometrial, breast, prostate and colorectal carcinoma.

As a follow-up to my last blog post on cannabis and endometriosis, here I’ll summarize some of the latest research published on the effects of cannabinoids on endometrial and breast cancers.

Endometrial and breast cancers are on the rise. This year, the American Cancer Society estimates that 63,280 women will be diagnosed with endometrial cancer, and 11,350 will die, and that there will be ~252,710 new cases of invasive breast cancer with 40,610 breast cancer deaths.

Although we don’t know all the reasons why the rates of these cancers are rising, exposure to too much estrogen is believed to play a role in developing them.  Estrogen can cause DNA damage to cells and also stimulate endometrial and breast cells to grow and potentially become malignant. Some of these tumors can eventually survive without estrogen, making them harder to treat.

Studies show that some of the shared risk factors for endometrial and breast cancer include:

All of these factors increase a woman’s overall lifetime exposure to estrogen. Women with endometriosis—a pro-inflammatory disease in which tissues normally found in the uterine lining grow outside the uterus—are also at an increased risk of endometrial cancer.

Additional risk factors may involve other environmental exposures. Getting plenty of exercise, eating a healthy diet with lots of vegetables and some fruits and avoiding alcohol can help reduce the risk of these cancers. 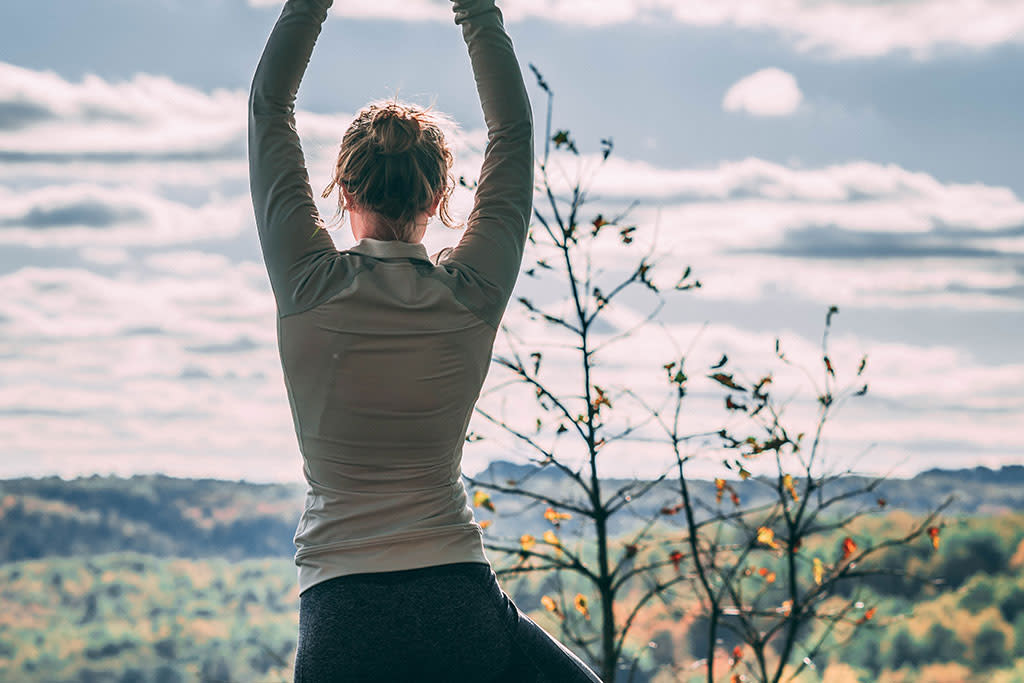 In a recent study from the University of Porto in Portugal, investigators tested the anti-cancer effects of THC and CBD in two endometrial cancer cell lines – one that was dependent on estrogen to survive, and one that was not.  They also treated the cancer cells with the endocannabinoids, anandamide (AEA) and 2-arachidonoylglycerol (2-AG). AEA and 2-AG are normally produced by our bodies and they both bind to THC receptors. AEA is chemically akin to THC in cannabis.

The researchers found that AEA and CBD killed cancer cells in both cell lines, but THC had no effect.  Yet in a study from China of two other estrogen-dependent endometrial cell lines, investigators reported that THC blocked cancer cell growth and migration at similar doses to the Porto study.

But in another study performed in endometrial cancer cells using lower THC levels than what was used by the Chinese and Portuguese investigators, cancer cell migration actually increased!  What this tells us is that at higher concentrations, THC may decrease cell migration, but at lower concentrations, the opposite may be true. The researchers also found that by adding low levels of CBD to the treatment helped to inhibit the pro-migratory effects of THC.

Studies on Cannabis and Breast Cancer

CBD and its acidic form, CBDA, have been shown to inhibit migration of multiple breast cancer cell lines including the aggressive estrogen negative breast cancer cell line, MDA-MB-231. CBD’s anti-cancer action includes several mechanisms such as lowering the production of pro-inflammatory molecules, promoting cancer cell death signaling, and inhibiting the release of exosomes and microvesicles, which are lipid structures that cancer cells send through the body to promote cancer growth and migration.

One study of breast cancer and cannabinoids found that a CBD-rich extract and CBD alone were more potent than THC, THCA, a THC-rich extract, and 3 other cannabinoids in their anti-tumor effects in mice.

A Call for Whole Plant Medicine

Up to now, most cancer studies have been conducted with pure isolate cannabinoids. However, because the cannabis plant produces hundreds of other compounds that may also have therapeutic potential and synergistic effects, these studies are likely missing important therapeutic attributes of the whole plant. 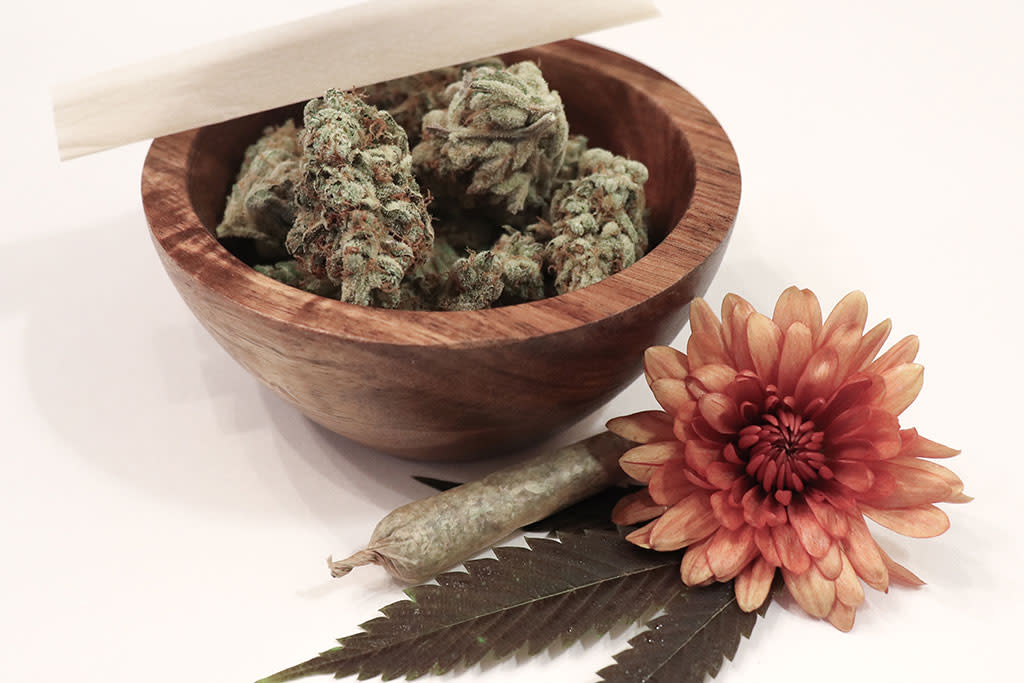 In fact, a recent study revealed the benefits of whole plant medicine when comparing the effects of isolated THC and a whole plant extract containing THC on several breast cancer cell types and in mice.  The researchers found that the whole plant extract was more efficient in its cancer killing capacity than the THC isolate across the board. They also found that the plant extract helped some chemotherapy agents to more efficiently kill cancer cells. (It should be noted that the doses used in this study were higher than the lower doses found to promote tumor growth in the endometrial cancer study referred to above).

It is also important to keep in mind as I mentioned above that not all cancers are alike, even ones with the same name.  As an example, in my own research on diffuse large B-cell lymphoma, we observed the tumor killing effects of the body’s naturally occurring endocannabinoid 2-AG (which acts through the THC receptors) on a subset of lymphoma cell lines.  However, at the same concentration, 2-AG promoted cancer growth in another subset of lymphoma cell lines, and at higher 2-AG levels, the cell proliferation on a subset of these was even greater. We showed that the cell lines that grew in the presence of 2-AG (again, remembering 2-AG mimics THC) did not express the CB1 receptor that 2-AG would normally act through.  Loss of expression of the CB1 receptor on cancer cells is one way for them to evade death by cannabinoids. All to say, cancer can be evasive, and it’s important to understand your diagnosis before self-medicating with any form of medicine.

As a maker of high-quality olive oil based tinctures, we also wanted to mention that there is exciting new research that shows that compounds found in extra virgin olive oil can actually increase the expression of CB1 and promote the tumor killing effects of cannabinoids!

Can CBD and THC be used to treat endometrial and breast cancer?

Though the studies to date are encouraging, clinical studies in humans are needed to determine the potential efficacy and dose of cannabinoids to treat any type of cancer.  It appears that CBD and THC may be effective in inhibiting endometrial and breast cancer cell growth regardless of whether the tumor needs estrogen to grow. The effects of THC on tumor invasion may depend on the dose. Remember the higher doses of THC used in these studies that inhibit tumor growth are hard for us to ascertain without using pharmacological doses.   It would be wise if you are self-medicating with THC, to include CBD in your daily regimen since the studies show CBD may prevent tumor invasion by low dose THC.

Since the science is telling us that CBD is a powerhouse on its own, try using a high CBD-to-THC tincture such as a 20:1 or 3:1 formula made with a whole plant cannabis extract and extra virgin olive oil.

Should women use cannabis to reduce their risk of cancer?

Cannabinoids may help protect against endometrial and breast cancer and perhaps other cancers by lowering inflammation in the body. Chronic inflammation of tissues can damage DNA and potentially cause them to transform into cancer cells. Both CBD and THC are potent anti-inflammatory agents that can help reduce inflammation. 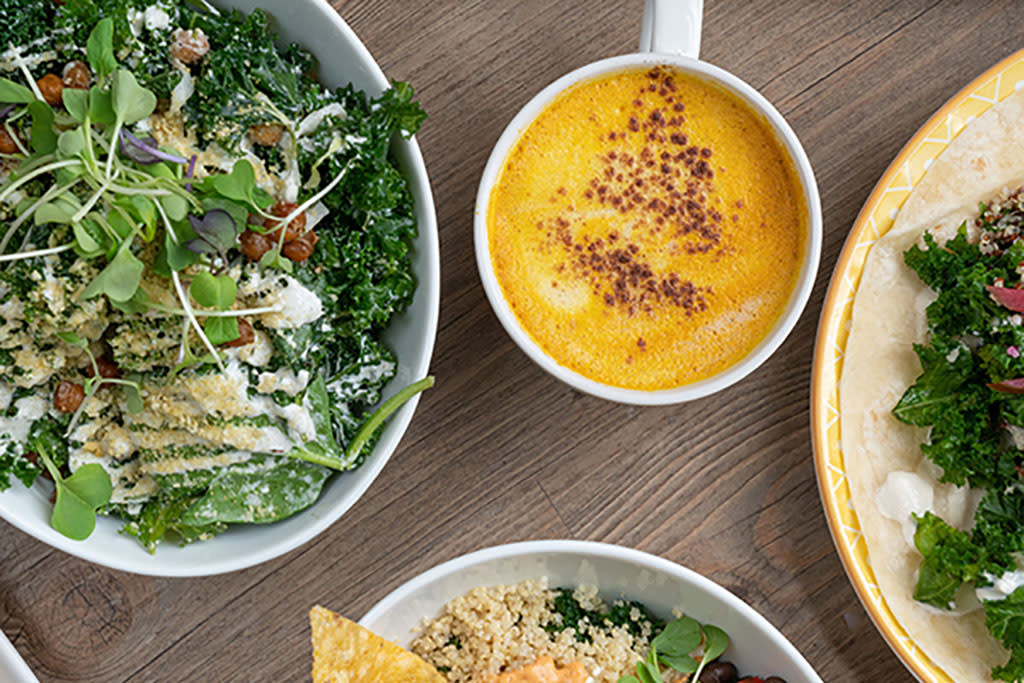 Other Ways Women Can Guard Against Endometrial and Breast Cancer

*In my research in humans and in animal and cell culture studies, we found that a bladderwrack extract had anti-estrogenic and tumor-killing effects in endometrial, breast and ovarian cancer cells. We also found that bladderwrack effectively reduced pain and heavy menstrual bleeding in women with endometriosis.

Christine Skibola, PhD, of Cosmic View, is a former UC Berkeley professor and a leading international cancer researcher. Recently retired from academia, she is pursuing her passion helping those with cancer and other chronic illnesses through lifestyle and dietary changes and holistic approaches. Using her scientific background, Christine produces Cosmic View’s topical and supplemental cannabis formulations aimed at helping individuals with health conditions. Dr. Skibola is interested in the role of diet, lifestyle and mind-body practices in the prevention and treatment of cancer, as well as exploring how cannabis may be used to treat cancer symptoms and disease. Dr. Skibola is passionate about directly empowering patients regarding their health. 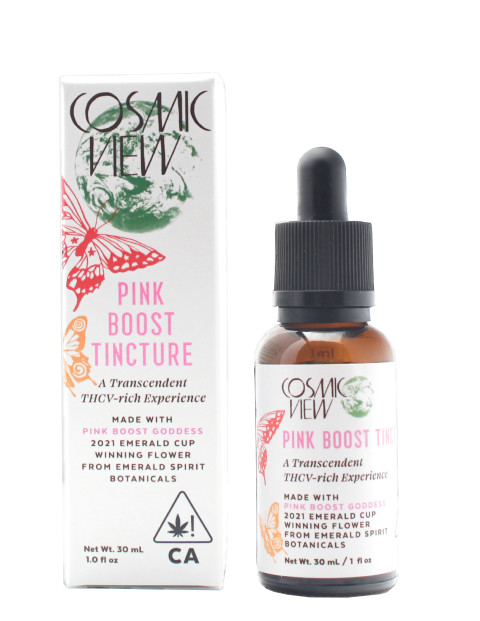 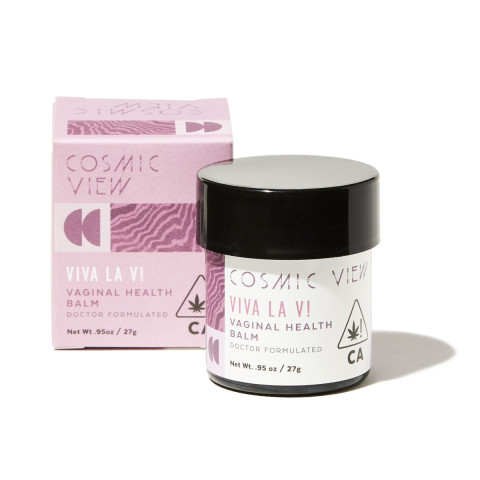 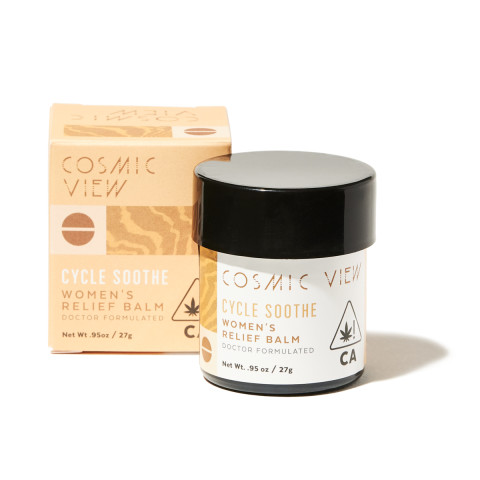 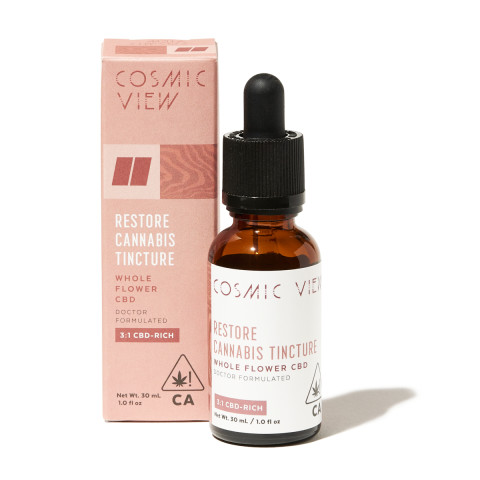 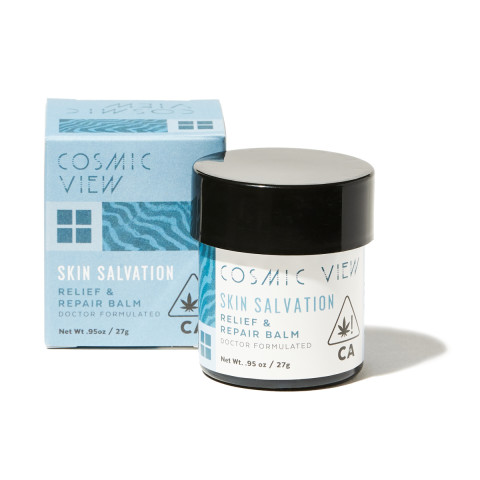