Nano-Tech Is Transforming How We Socialize

Nano-Tech Is Transforming How We Socialize

Will drinking weed become the next revolutionary social ritual?

Social drinking has always been a part of the human experience. Fertile Crescent aka the Cradle of Civilization? Beer. Ancient Greece inspiring global trade? Wine. Revolution during the Age of Reason? Coffee.

Journalist Tom Standage argues that each of these drinks, along with many others, have been a type of disruptive technology that moved culture forward, connecting communities and impacting civilization. His book, A History of the World in 6 Glasses, showcased the kind of beverages that we’re all pretty familiar with by now: beer, wine, spirits, coffee, tea and cola.

But it’s the unmentioned (and at the time of publication, non-existent) 7th glass that we think will impact our society in a new way. With the improvement of nano-technology, the next drink to really influence humanity will be the cannabis beverage.

As one of the world’s oldest crops, weed has been used socially throughout time. Seeds have been found in burial mounds in Siberia and even ancient Indian Sanskrit poems refer to it as one of “five kingdoms of herbs…which release us from anxiety”. Cannabis use has been mostly limited to smoking, and the opportunity to enjoy cannabis as a social drink has been, until recently, limited to medical-grade syrups or CBD infusions.

Cannabis drinks are surging in popularity as California and thirty-three other states have legalized the plant. The most common drinks are infused with non-psychoactive CBD, but there is a shift towards more THC being mixed into wine, beer or energy drinks. Many of these drinks required a shake-up to mix oil-based cannabis extractions into the beverage, often resulting in an uneven distribution of cannabis and an inconsistent flavor experience. A lot of these drinks are replicating beverages from other categories, instead of taking advantage of new technology available and letting the cannabis stand on its own.

Nano-technology makes it possible to create a better type of cannabis drink. One that is both delicious and fast-acting, making it easy to engage in social drinking in a whole new way. We chatted with Austin from Vertosa, the cannabis nano-tech startup that produces the cannabis infusion we use here at Calexo, about why nano-emulsification is a game-changer when it comes to social drinking.

A nano-emulsion is just a very small take on an emulsion: a mix of two or more liquids that normally don’t blend. Oil & water, mayonnaise, salad dressing, and even the silver halide on black and white camera film, are all emulsions. 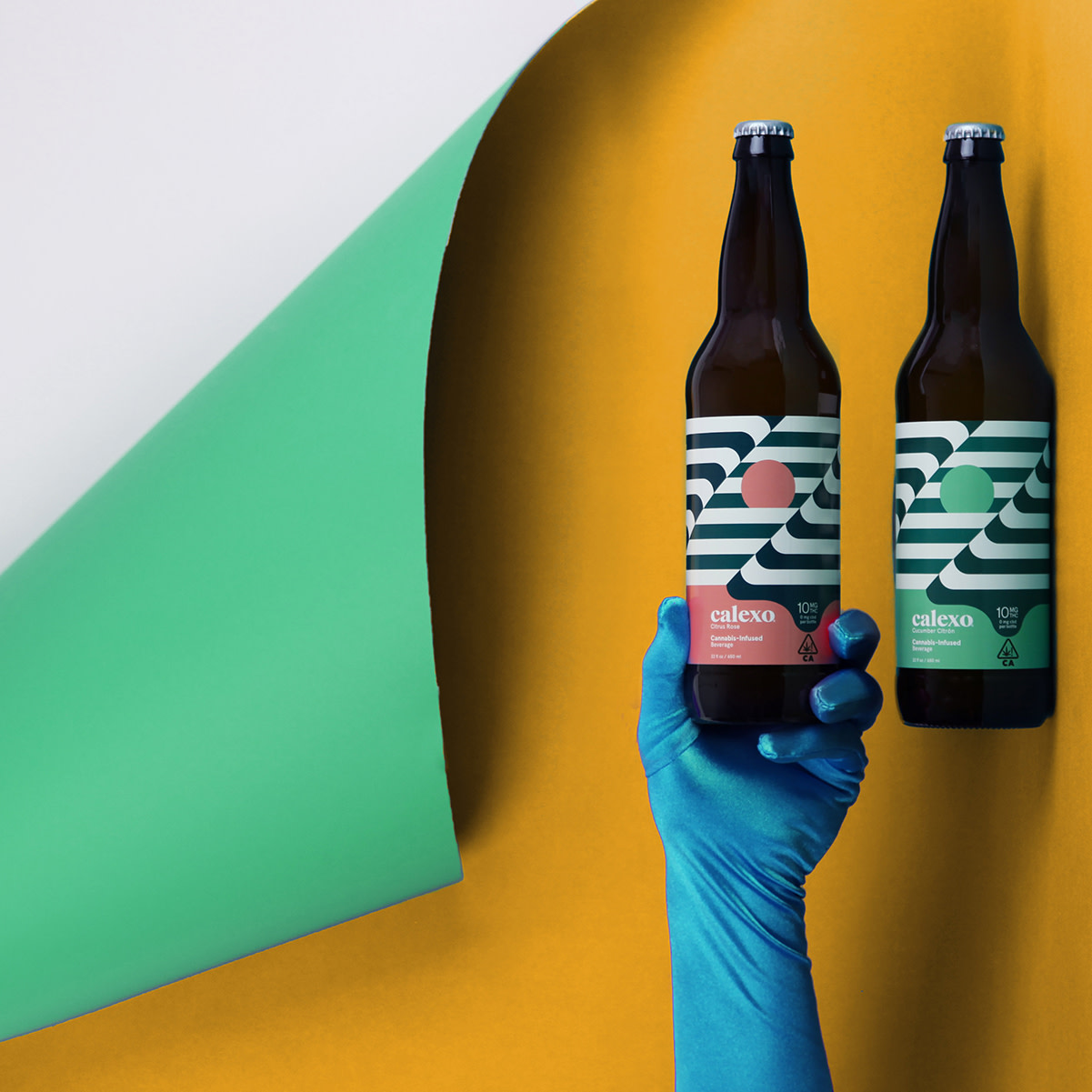 Austin explained that a cannabis nano-emulsion is made from a cannabis concentrate (oil). This concentrate undergoes a high-energy ultrasonic process that spins the oil compound into nano-sized particles. For reference, one nanometer is one billionth of a meter; about 20 times wider than a hydrogen atom. Getting this process right is important, because in the California cannabis industry, any cannabis beverages have to pass a potency test that requires homogeneity of cannabis distribution throughout the beverage. This cannabis nano-compound is then coated (encapsulated) so that it disperses evenly through liquid. Read More about infusion technology from Vertosa.

Austin likens this process to a lazy river: the people are the cannabis oil, and the encapsulation is the inner tube. When cannabis is nano-emulsified and encapsulated, there aren’t any oil clumps and the water-compatible compound is able to float downstream without piling on top of each other. It becomes a nano-sized, water-compatible cannabis compound that evenly distributes itself through liquid, and doesn’t separate later on. For Calexo, this means we can infuse cannabis into our refreshing sparkling juice blends, and every sip will have the same amount of cannabis in it. The perfect mixed drink.

The high from drinking nano-emulsified THC feels significantly more like the way cannabis interacts with your lungs, than the way it interacts with your stomach (smoking vs edibles). And there’s a good reason for this. Because the nano-emulsified THC compounds are so small, they can be absorbed under the tongue (sublingually) and through the stomach lining. You’ll experience more cannabis crossing the blood-brain barrier, and less being processed by the liver.

This means your body is able to absorb the psychoactive cannabis compound, Delta-9-THC, much quicker, and you experience the high in a shorter time frame. For reference, most people feel the effects of a Calexo in about 15 minutes, with the experience lasting about an hour.

On the other hand, edibles are always processed through the liver, where Delta-9 is converted into 11-Hydroxy, a compound that invokes more of a lethargic, pain-relieving body high with a less predictable time frame. This is a big reason why brownies are so dramatic for people, says Austin. By making cannabis absorbable under the tongue, you can absorb cannabinoids before they get to your liver. 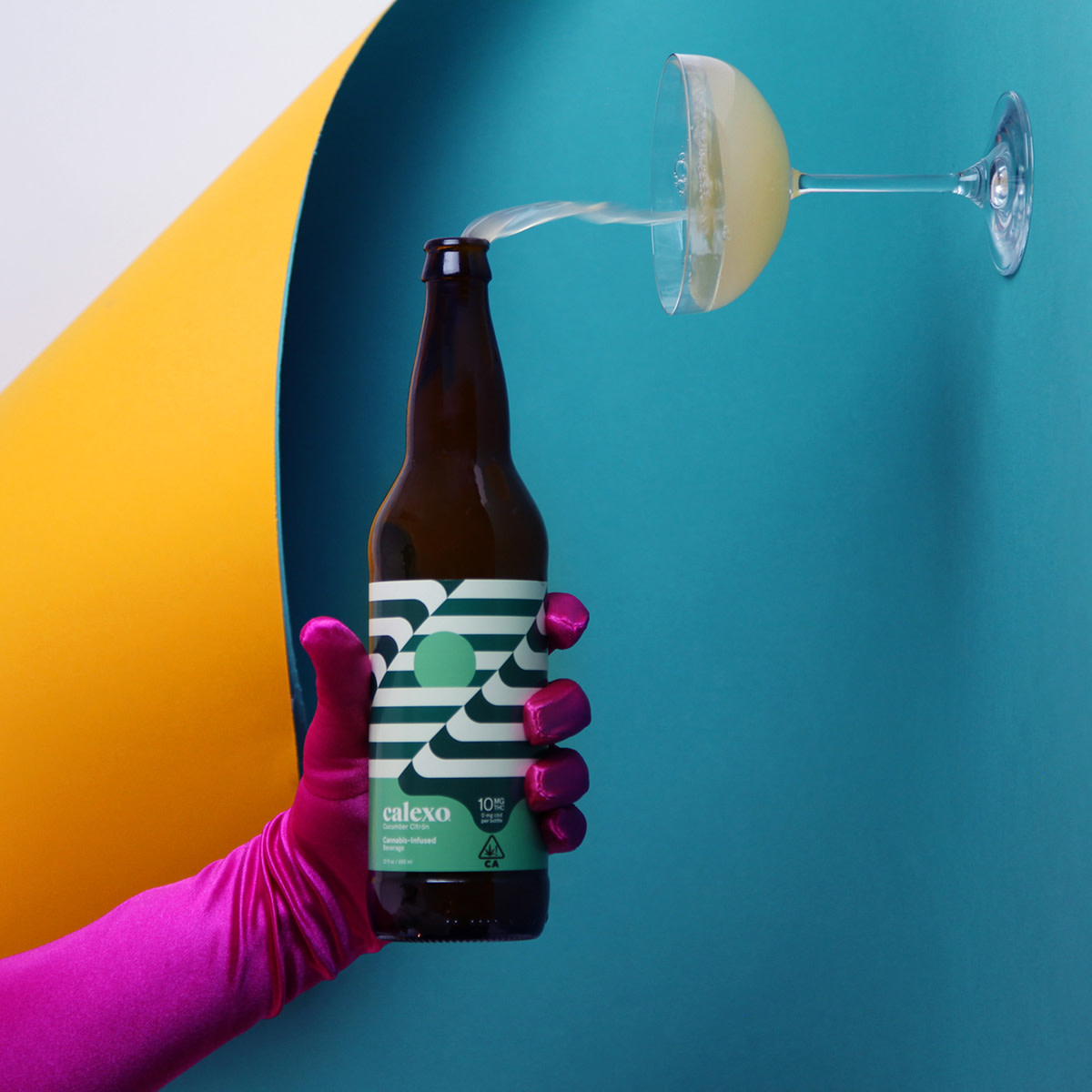 Society, along with our rituals, is changing. With an increase in nonalcoholic and low-alcohol drinking options, along with an increasingly monitored social-media based culture, Millennial and Gen Z generations are drinking less alcohol in their early adulthood than older generations did.

We’re excited to see a shift that gives people a new way to experience the timeless connection that comes with sharing a drink with others. Up until recently, cannabis users that don’t drink alcohol have been left out of social drinking experiences, politely excusing themselves to take a quick toke downwind as a social lubricant. Drinking options for those that abstain from alcohol for health reasons, but still want to enjoy a little buzz, are limited.

We love cannabis because it helps us feel more connected to the people around us, not less. When we embrace a social cannabis beverage, we’re embracing the age-old ritual of sharing a beverage that impacts our perspectives. Historically, this simple act has proven revolutionary. With advances in nano-technology making cannabis beverages more available, we are excited to see cannabis become the 7th glass to advance human culture.